The 3 Deadliest Diseases in Human History

The 3 Deadliest Diseases in Human History 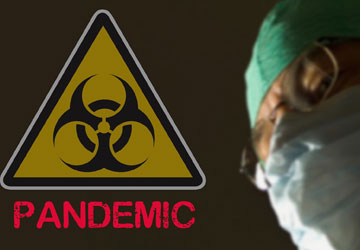 COVID-19 forced our world on the back foot. We, humans, tend to follow inertia, but sometimes our hands are forced. In the case of COVID-19, We had to adapt our lifestyle — Professionally and Personally, and the one question that we seem to ask ourselves is — “Have humans suffered something like this before?”. For most of us, this is unprecedented, and hopefully, we don’t get to experience it again in our lifetime.

To answer the question - Yes, infectious and deadly diseases have spread throughout the history of human civilizations. Over time, new international trade routes disseminated those novel illnesses far and wide, resulting in worldwide pandemics. It’s time to dive deeper and find out about some of those.

The Black Death, also known as the Pestilence

From 1346 to 1353, the Black Death, the bubonic plague, decimated most of Europe and the Mediterranean. Over 50 million people died, which was more than 60% of Europe's total population at the time. The origin of the Black Death is disputed, but many historians believe it began in Central Asia's Steppes, a vast area of grassland that still supports one of the world's largest plague reservoirs — an area where rodents live in large numbers and density. The Black Death was spread in large part by fleas, which cause pneumonic plague, and the person-to-person contact via aerosols that the pneumonic plague enables, explaining its very rapid spread inland. 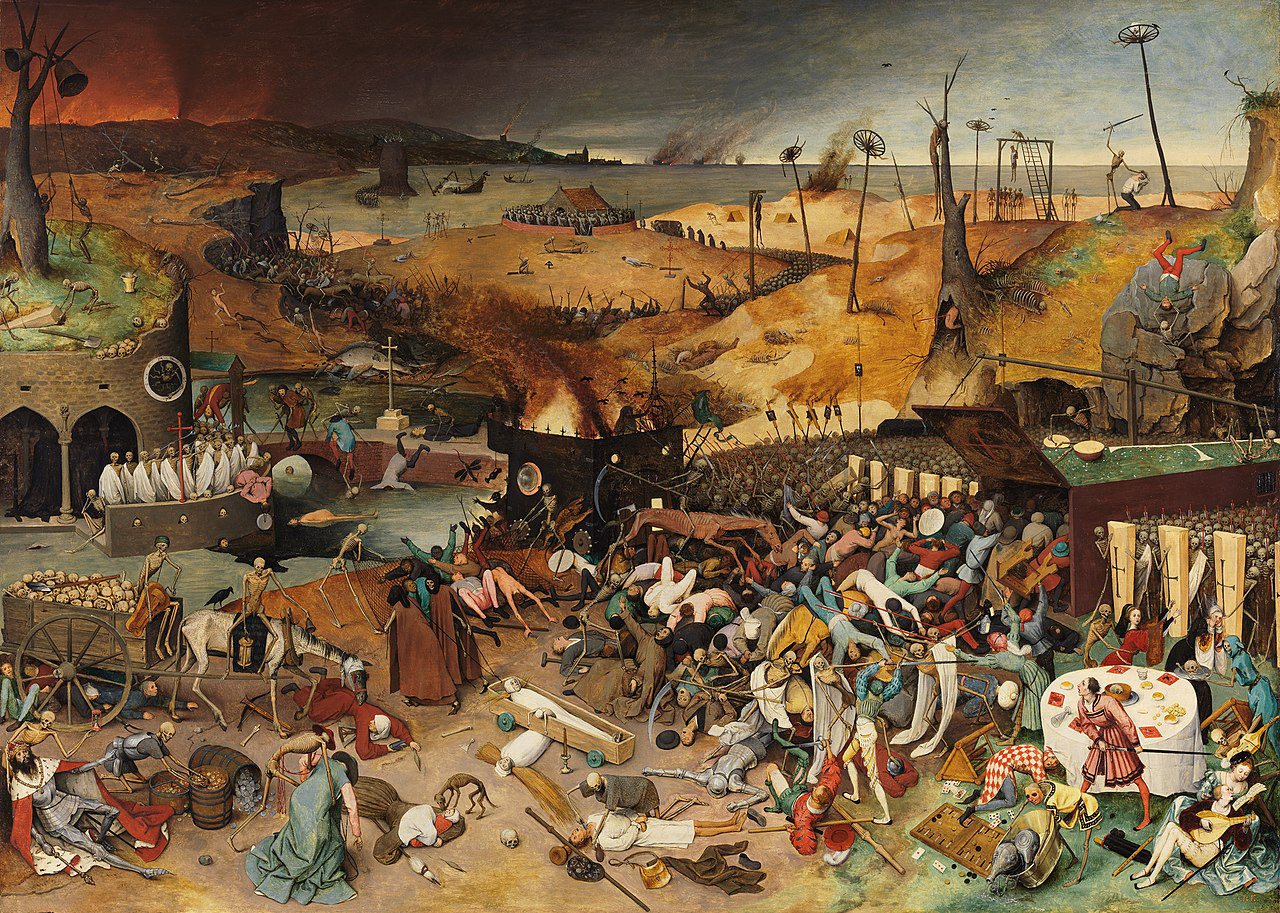 Pieter Bruegel's The Triumph of Death

The Black Death is one of the deadliest pandemics recorded in human history. Not only did it lead to millions of deaths, but it also created religious, social, and economic upheavals and had profound effects on the course of European history.

Origin of the word ‘Quarantine

People had no scientific idea on how to stop the plague, but they feared it had something to do with proximity, which is why some forward-thinking officials in the Venetian-controlled port city of Ragusa decided to keep newly arrived sailors in isolation until they could prove they weren’t sick. Initially, sailors had to spend 30 days before they were allowed inland. It was called Trentino in Venetian law. As time went on, the Venetians increased the forced isolation to 40 days, or a quarantino, the origin of the term quarantine and the start of its practice in the Western world.

The Spanish flu, also known as the 1918 influenza pandemic

It’s hard to fathom but from February 1918 to April 1920, the Spanish flu, in four successive waves, infected 500 million people which was about a third of the world’s population at the time. The death toll is typically estimated to have been somewhere between 20 million and 50 million, although estimates range from a conservative 17 million to a possible high of 100 million, making it one of the deadliest pandemics in human history.

The flu originated in the United States. Albert Gitchell, a US Army cook at Camp Funston in Kansas, was one of the first registered cases. He was hospitalized with a 104-degree fever. The infection soon spread throughout the Army facility, which housed 54,000 personnel. By the end of the month, 1,100 servicemen had been hospitalized, with 38 of them dying from pneumonia. 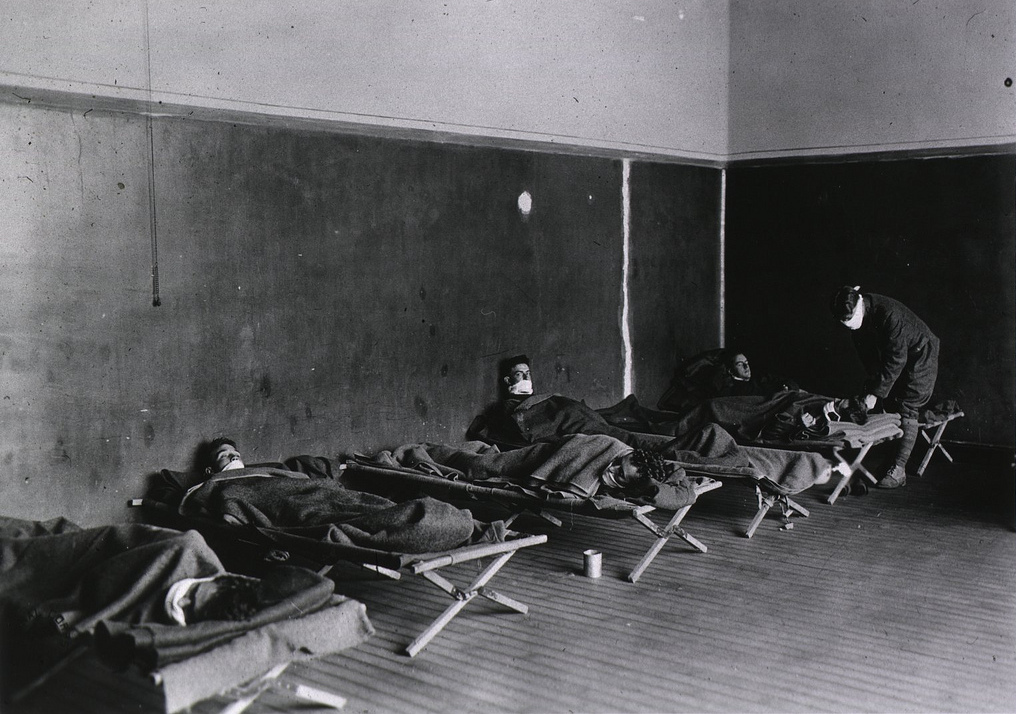 U.S. troops deployed en masse for the war effort in Europe carried the Spanish flu with them

Most influenza epidemics kill the very young and the very elderly disproportionately, with a higher survival percentage for those in the middle, but the Spanish flu pandemic resulted in a higher-than-expected fatality rate for young adults, which freaked out the medical establishment.

Why was it called the Spanish flu when it had its origins in the United States?

During World War I, Spain remained neutral, and unlike its European neighbors, it did not impose wartime censorship on its press. Newspapers in France, England, and the United States were barred from reporting on anything that could jeopardize the war efforts, including reports that a debilitating infection was sweeping through troops. As Spanish journalists were among the few who reported on the widespread flu outbreak in the spring of 1918, the pandemic was dubbed the "Spanish flu."

The Plague of Justinian, also known as Justinianic Plague

The Plague of Justinian spread through Europe beginning around 541 CE, killing up to a quarter of the Eastern Mediterranean population and probably as much as 10% of the world's population at the time. Called one of the ‘deadliest diseases in history’, it infected millions in just a year and killed as many as 5,000 people per day. 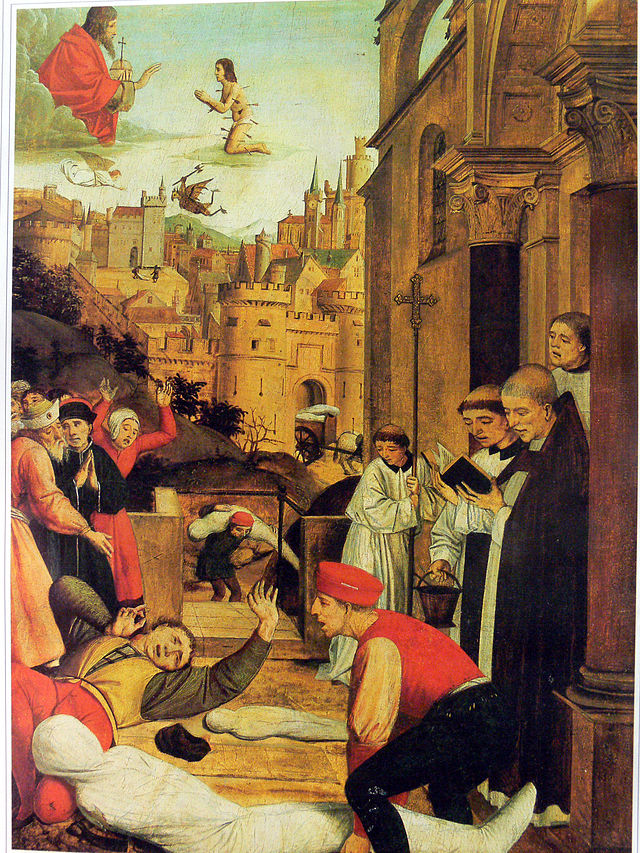 It marked the end of the Byzantine Empire. The Byzantine Empire had spread far across North Africa, Southern France, Italy, and Spain before the plague arrived, and was well on its way to re-establish much of the golden era of the Roman Empire. The decline in the Empire's population crippled the military significantly and its capacity to resist its enemies weakened.

The same bacterium responsible for 2 of the deadliest pandemics?

In 2013, researchers confirmed earlier speculation that the cause of the Plague of Justinian was Yersinia pestis, the same bacterium responsible for the Black Death. Ancient and modern Yersinia pestis strains closely related to the ancestor of the Justinian plague strain have been found in the Tian Shan, a system of mountain ranges on the borders of Kyrgyzstan, Kazakhstan, and China, suggesting that the Justinian plague originated in or near that region.

Just as with many other ancient diseases, this question has been under investigation for years. It might still be around, but we are unlikely to see anything like Justinian’s Plague or the Black Death in modern times.